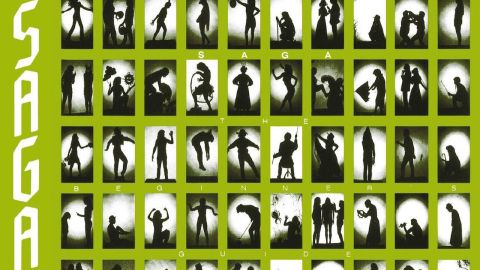 These are the first of 12 Saga reissues to come at a rate of one or two per month until next July, a summation of the veteran Canadians’ career from 1989- 2007.

The purist may argue that this package begins too late to include the band’s most interesting and best-loved period, the parping prog and deep sci-fi of the terrific Images At Twilight and Silent Knight et al, when they’d hit on the notion of their conceptual ‘Chapters’ songs, a couple of which appeared on each record and that had an overarching storyline [the Chapters will reappear later in this re-release cycle when Saga returned to them, somewhat belatedly, in 1999].

Before they did came this pair of slickly recorded albums that edge more towards pop in places but that nonetheless benefit from the impeccable pomp of Michael Sadler’s rich voice. There’s a quirkiness to Sadler and his magnificent, drooping, sad-guy moustache that always keeps Saga interesting.

Of these two reissues, The Security Of Illusion (7⁄10) shades it, mainly because of the return to the line-up of keyboard player Jim Gilmour: the interplay between him and guitarist Ian Crichton on the title track and Stand Up drive at the heart of the band’s sound. There’s also the bonus of a live version of the tremulous and terrific ballad Scratching The Surface, sung by Gilmour.

The Beginner’s Guide To Throwing Shapes (6⁄10) is less even but rides high with the excellent pair of Scarecrow and Giant.