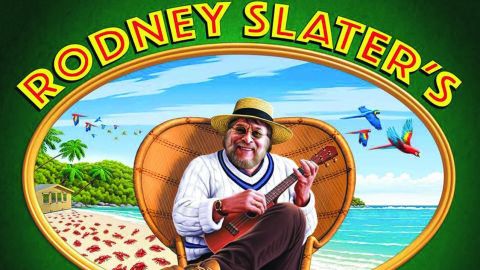 Rodney Slater was a founder member of the Bonzos back in 1962. His fame was underlined by the song Mister Slater’s Parrot on their 1969 album Keynsham. Now, an admitted late developer, he has assembled his first solo album at the age of 75, playing saxes and clarinets, with Michael Livesley on a variety of instruments, former Rutle Admiral John Halsey on drums, and Mekon Susie Honeyman on violin. Slater mixes up the boisterous end of Dixieland jazz that the Bonzos so lovingly pastiched with piano ballads and R&B settings – Shed! quotes Heatwave’s Boogie Nights – with humorous dialogue and recitations over quaint chamber backing, similar to that used by Vivian Stanshall on his Sir Henry At Rawlinson End playlets. With its cast of satisfyingly grotesque and absurd characters, this is a hugely enjoyable late addition to that canon. Slater also laments pubs closing down and sings the praises of 20-stone early 20th-century goalkeeper William Foulke on Fatty, while describing Trump –‘The big blond yeti makes my palms sweaty’ – over the belting ska tune One Step Behind. The tone is nicely lowered with a detailed recipe and nostril-flaring gaseous sound effects on Sprout Curry. A small portion for me, thanks.