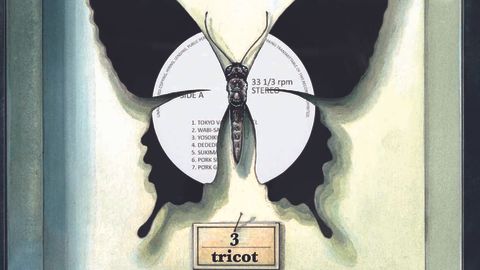 The last few months have been busy in post-rock land, with a number of new releases, as well as upcoming treats. Chief among the announcements is that of a new Hammock album, Mysterium (self-released). With more great records in their catalogue than many entire labels, it should be no surprise that this personal, intimate record about the loss of a close friend should prove so vital. Listen to lead track Things Of Beauty Burn, and check out their shoegaze classic Raising Your Voice… Trying To Stop An Echo and sweeping post-rock opus Departure Songs while you’re waiting for the new LP.

In mathier news, cult act Gallops have reconvened, releasing the exceptional _Bronze Mystic _(Blood And Biscuits), a rich and experimental electronic release that will appeal to fans of proggy genre-blenders like Three Trapped Tigers. Try Shakma for a driving, groovy track that sounds like Krautrock reimagined for this dark second decade of the 21st century.

Having released two promising EPs of left-field rock, Newcastle’s Cauls have finally released a debut album, Recherché (self-released). It’s a masterclass in where accessibility and experimentalism meet and will appeal to fans of bands like Young Legionnaire and Yourcodenameis:milo, who also mix atmospheric sections and hardhitting riffs. Try Peace Paean first, all delicious, cascading riffs and counterpoint vocal hooks.

American math proggers Chon may have the spotlight, but for clean, upbeat, technical instrumental guitar, the smart money goes to the more dynamic Vasudeva, who released their new album No Clearance (Skeletal Lightning) a couple of months back. It’s a fun yet deceptively clever record, with a number of pleasant downtempo tracks like 6&5 to contrast with the more frenetic pace of highlights like Take Away.

Having seen their profile in the experimental guitar community grow over the last couple of years, Japanese math poppers Tricot are returning with a new album, 3 (Big Scary Monsters). Upping the ante on their technical, disorientating take on math rock, the album is the perfect introduction to the band – check out 18, 19 for a concise taste.

If Hammock sit well with you, then it’s worth exploring ambient guitarist Andy Othling’s new album The Swiss Illness (self-released). It’s described as an album about nostalgia and in its gentle, aching refrains there’s the same unhurried emotional power found in Othling’s previous work. Check out A Course Of Strengthening Medicines for an introduction. Finally, another highly recommended newie is the stunning EP Two (Basick Records) by Sleep Token. Taking in everything from melodic vocal-led pop in the vein of Jeff Buckley to the post-metal of Oceansize, it’s a sweeping, dramatic journey that feels much greater than its three tracks. Hopefully a full-length is in the works because on the basis of this short taster and their previous release One, it’s likely to be one of the albums of the year.