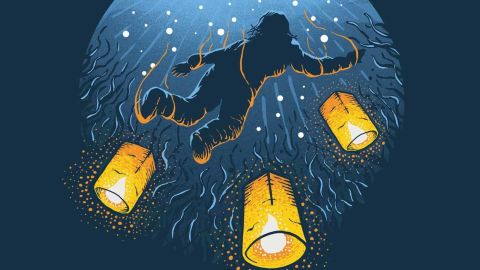 The Australian music scene just seems to be the gift that keeps on giving.

Its conveyor belt of distinctive, metallic prog rock bands has seen the likes of Karnivool, Voyager, Plini and Dead Letter Circus rise to international prominence over the last few years, and while Melbourne five-piece Orsome Welles haven’t quite made a splash yet outside of their home country, the quintet have been simmering away nicely. Rise is their latest EP, and it sees the Aussies playfully juggle chunky, grooved-up riffs with real melodic sheen and just enough prog dalliances. Opener Build A World enjoys jagged, twistyturny guitar work, while the Tool-esque Maestro proves to be the jewel in the five-track EP’s crown as singer Michael Stowers’ soaring vocals nod to the colourful hues of Beardfish’s Rikard Sjöblom. Rise isn’t hugely groundbreaking, though, and proggers looking to go on a wild, kaleidoscopic trip may well be disappointed by a reliance on rock gusto that wouldn’t sound out of place on an Alter Bridge record. Take things at face value, though, and on this showing, it appears that Orsome Welles aren’t going to remain Australia’s secret, for too much longer.