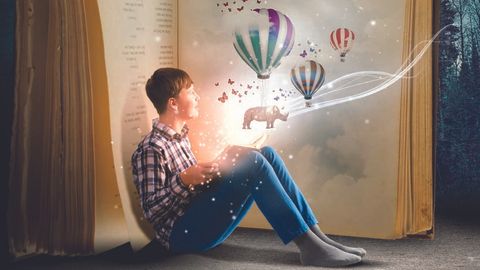 Audacity is an underrated virtue, particularly in a genre that has flamboyancy and ambition etched into its DNA. Orpheus Nine are audacious to a fault, both in their gleeful and unapologetic plundering of 40-plus years of prog indulgence and in the levels of wide-eyed invention that, somewhat against the odds, rescue Transcendental Circus from being a sustained game of ‘spot the influence’. In truth, it’s the joy that oozes from every one of this album’s myriad stylistic pores that seals the deal. Across 74 minutes of insanely elaborate and yet aggressively melodic symphonic prog, these virtuoso New Jerseyites salute everyone from Yes, ELP and Zappa through to Fish-era Marillion, 80s Rush and the warm-hearted splendour of Spock’s Beard and The Flower Kings. That they do it via their own beautifully crafted songs, all sung with plummy aplomb by founder and frontman Jason Kresge, is testament to the band’s cleverness. Moments like the wonky Intergalactic Clown Festival and the fairground psych of Reaper’s Carousel will tick every box for prog aficionados, while confirming that Orpheus Nine are among the best bands ploughing this ageless furrow.