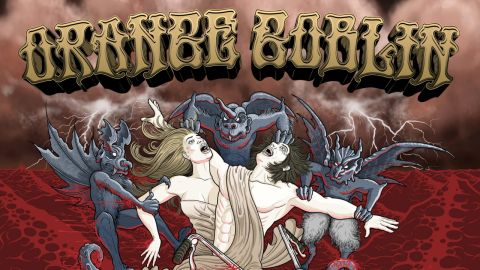 Some have said that this is a return to form for Orange Goblin, but that is bollocks because this great English underground metal behemoth has never been off form.

To be fair, OG are a live band rather than an albums band, and while all their albums are good – as is this one – they are like The Ramones or The Cramps in that one album will do you pretty much as well as any other.

This is less anglo doom and more classic English hard rock – albeit with all the needles in the red and the reverb up full. No bummers, a few standout new classics like Acid Trial, The Filthy And The Few and Death Of Aquarius.

The closing title track is a dark, almost proggy epic that sounds like it was ripped from the soundtrack of some lost 70s Hammer biker vampire flick.