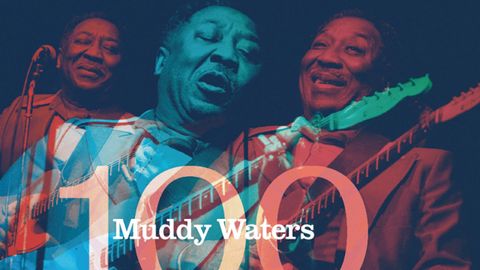 John Primer’s ‘special friends’ here include Shemekia Copeland, James Cotton, Derek Trucks, Gary Clark Jr and several others, but producer Larry Skoller has kept a firm hand on the proceedings, and, unlike many tribute albums, it doesn’t come across like a variety bill.

A couple of duet vocals apart, the whole programme is sung by Primer, who sounds enough like Muddy to give the project credibility but not so much like him that it’s eerie.

The setlist skilfully illustrates the history of Muddy’s music, from songs first recorded by Alan Lomax in the 40s like I Be’s Troubled (Bob Margolin, slide guitar) or Rosalie, with Steve Gibbons playing Son Sims’ fiddle part, on down through the Chess catalogue: Feel Like Going Home, Mannish Boy, Forty Days And Forty Nights and so on, some quite faithful to the originals, some imaginatively rearranged.