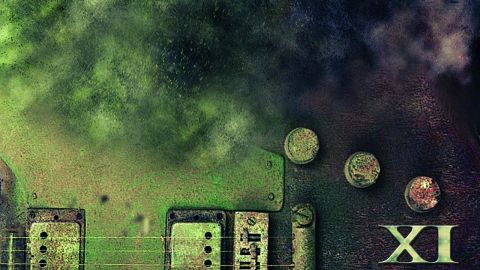 This album sees Mike Howe back on the mic, having left after 1993’s Hanging In The Balance, whose quality was belied by one of the worst record covers ever. Howe doesn’t sound all that different to predecessor Ronny Munroe, but his return seems to have jazzed up the songwriting. While XI perhaps isn’t quite as heavy or aggressive as 2013’s Generation Nothing, the songs are more liable to hang around in the brain.

The first three, Reset, Killing Your Time and the Priest-like No Tomorrow, deliver brilliantly uptempo displays of power.

While the album’s pace is hobbled by two seven-minute songs including the plodding Sky Falls In, all is forgiven thanks to an abundance of great tracks like Needle And Suture (a godsend for those who like Metal Church lean and mean), Blow Your Mind and Suffer Fools, which cement XI’s status as a classy steamroller.