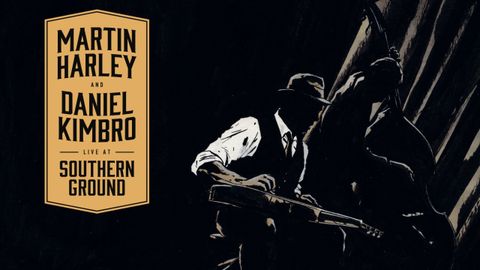 Three years on from his acclaimed fifth solo record Mojo Fix, British guitarist and songwriter Martin Harley strips back his sound for this collection of acoustic roots and blues.

Recorded in a single afternoon at Nashville’s esteemed Southern Ground studio, he is accompanied by Daniel Kimbro on upright bass, a relatively new musical partnership that sounds as comfortable as the Winter Coat Harley sings of. There’s a wry melancholia to Goodnight Irene, while upbeat tracks such as Nobody’s Fault But Mine and Chocolate Jesus allow the frontman to flex some incredible slide guitar chops, cementing his reputation as one of its finest exponents. No more than two guys in a room, a couple of mics, no overdubs – this is how acoustic roots should be heard, on a record that allows Harley’s indisputable talent and spirit to shine through. Fine stuff.