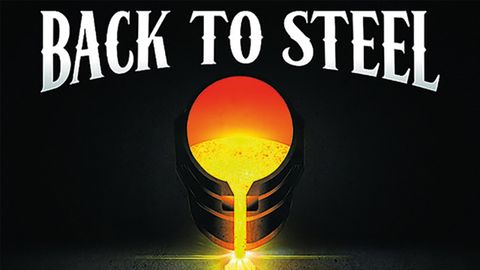 Long-time Jethro Tull guitarist Martin Barre’s last album Order Of Play was something of a tentative affair, consisting largely of warmed-over Tull pieces, but this new offering finds him in much more confident mood.

Of the 15 tracks here, 12 are originals, with just two Tull offerings this time – plus a bizarre, almost heavy metal arrangement of Eleanor Rigby for good measure. Stylistically, this is all over the map, with hard rock, blues and even a renaissance-period folky instrumental (Calafel) thrown into the mix. The music here doesn’t often stray into the pure ‘prog’ mould, although I’m Getting Better features some tricky time changes and a chorus oddly reminiscent of Gentle Giant. To these ears, Barre is at his best when he allows himself to rock out, with the title track and the excellent instrumental Hammer being among the prime cuts on offer, while the dramatic Moment Of Madness rides along on a driving, heavy riff to excellent effect. It’s not a perfect album by any means (the version of the Tull classic Skating Away is a rather lumpen effort), but it sees Barre following his own muse in a manner that bodes well for the future. A very promising step.