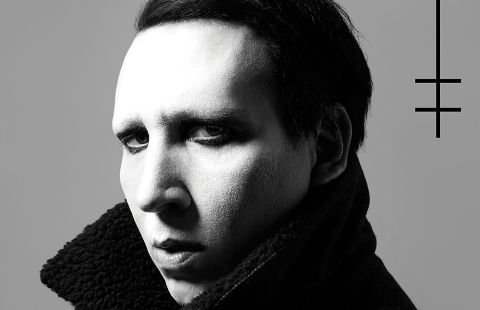 The Pale Emperor was roundly hailed as a success for Marilyn Manson. Between albums, he’d been following best bud Johnny Depp into acting, including a disturbing turn in US witch-hunting drama Salem. He wrote its bluesy theme song with composer Tyler Bates, and the two made an album that cast Manson in the role of a sleazy Southern preacher. For those who thought he’d been lost in the wilderness since Holy Wood, this was him finding a path out. For those who had always loved him, it was another evolutionary stage of his journey.

On 10th album Heaven Upside Down, you can’t help but feel that Manson’s glancing back to the past. Throwbacks to numerous stepping stones in Manson’s career are given a punk feel – like the band have holed up in the Tate house again, or been rehearsing live for weeks to recapture the rawness of the Antichrist Superstar days. Revelation #12 is straight out of the traps with all the mechanical, riffy twitches of yesteryear and a primal howl. We Know Where You Fucking Live has all the white-hot intensity of Irresponsible Hate Anthem or The Reflecting God. Say 10 – originally the title of the record – is a big, snarling anthem that’s built for stages. KILL4ME, a film noir snapshot of a messy romance, is the closest relative to The Pale Emperor, along with the title track’s bluesy swagger. The most satisfying marriage of styles is Tattooed In Reverse – opening with a punchy, ‘So fuck your Bible and your belt’, it’s a no-fucks-given glam stomp with the most wickedly tongue-in-cheek pun on the record (’I’m unstable, I’m not a show horse’), and an electro-goth dancefloor interlude.

If The Pale Emperor was banger after low-down banger, and predecessor Born Villain went back to basics, this one sits somewhere in between – still bearing Tyler’s mark but with a nod to other eras. If there’s a criticism, it’s that the album loses some momentum after the climactic Say 10, when it becomes more explicitly about romantic relationships. Harking back to his break-up albums, Blood Honey is an unashamedly anguished gothic ballad, while closer Threats Of Romance maintains a laidback, Bowie-esque, piano-led pace as it glories in emotional damage.

Despite the violent trailer for Say 10 hinting at some Trump-bashing, Heaven Upside Down is more like a roll call of Manson’s favourite concerns: corruption, love, mythology and Christianity, relayed by an unbridled torrent of wordplay. Disappointingly, there’s not enough here to cause another moral panic, though JE$U$ CRI$I$ skates close to the edge of controversy with its eyerolling provocation – ‘I write songs to fight and to fuck to / If you wanna fight then I’ll fight you / If you wanna fuck I will fuck you / Make up your mind, or I’ll make it up for you.’

Ultimately, Heaven Upside Down is a solid album that shows the Double M can still do what he got famous doing: write biting, anti-establishment goth rock full of dark, playful imagery. People who came back for The Pale Emperor might lose interest in Heaven Upside Down, but fans who have followed him throughout will clutch this close to their black hearts.