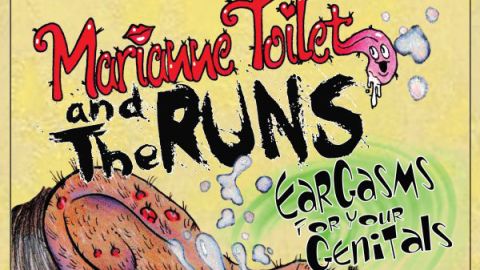 Unlike a lot of ‘comedy rock’ outfits, the songs on Eargasms are tight and catchy enough to warrant repeated listens, although you’d probably get arrested for playing it in public.