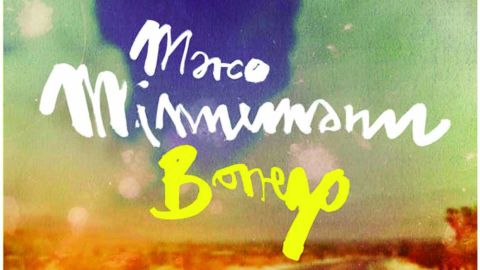 Just where does Marco Minnemann get his energy from?

The octopus-limbed drummer, multi-instrumentalist and vocalist is fast becoming one of the most prolific purveyors of prog around, with solo albums, big-name collaborations and live sessions streaming out of his ears. After releasing three records since 2015, you’d forgive Minnemann for taking a breather, but latest effort Borrego is a kaleidoscopic concept album about a Californian desert that features 24 songs (28 if you buy the CD). Phew. The German has enlisted esteemed guitar buddies Alex Lifeson and Joe Satriani for a number of tunes, but it’s Minnemann’s intrinsic desire to think outside the box that is the true headline takeaway. Try Sculptures for a slice of avant-garde instrumental wackiness, or One Margarita (And The Milky Way) for some Zappa-esque japes. But while the record is one hell of a fun ride, there’s plenty of melody and structure that should appeal to the more genteel proggers and rockers. One word of warning, though. Take a day off work, or turn off the phone and unwind, because there’s so much to consume on Borrego that it deserves your full attention. Who’d have thought a desert could prove quite so fruitful?