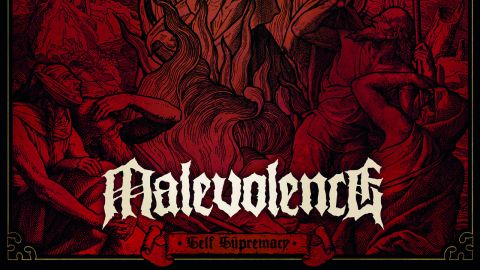 Although undeservingly small in number, anyone who heard Malevolence’s stunning Reign Of Suffering album has been desperately willing to see where the Sheffield quintet go next for nearly four years now. In an increasingly OCD world, it says much about the quality of that debut. Finally, its follow-up has arrived, and it only takes roughly 30 seconds of the opening riff fromSelf Supremacy’s title track to quash any fears that the length of time between records may have been due to the creative well running dry. Sounding, as Malevolence are so fond of doing, like Dimebag Darrell has joined Hatebreed to work on a sludge album, it’s a hell of a gut punch. From there on in the levels of aggression, brutality and, most importantly, quality rarely dip. If you like the idea of a hardcore band trading on more technical, groove metal riffs, then this band is manna from heaven. The seven-minute-long True SOFTWAREmark” gingersoftwareuiphraseguid=“651d4f65-5072-4c68-a37c-24d42cd798f7” id=“71fa9b61-88ea-49e4-9b41-402822662f1a”>Colours being the bullseye example, it starts like Integrity, before going on a trip of all the best bits of At The Gates and Pantera. Let’s pray it won’t be four more years before another helping.