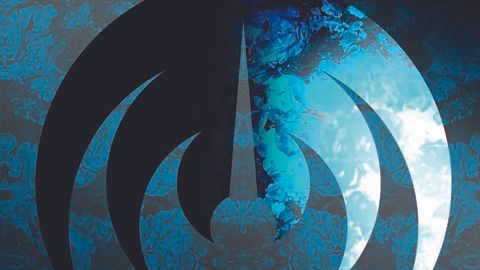 The uncompromising and enigmatic Magma collective is the subject of this feature film from French director Laurent Goldstein. Formed in 1969 by drummer and composer Christian Vander, they created their own genre, their own language and their own mythology. A fan for over 40 years, Goldstein set out on a two-year labour of love to document the phenomenon, aided by Kickstarter donations. The film is assembled from interviews with band members past and present, with archive footage, excerpts from the 2016 tour, and commentary from Jello Biafra, Trey Gunn and Metallica’s Rob Trujillo.

The film begins predictably enough with Vander’s troubled childhood, his exposure to music at a very early age, his supreme love for John Coltrane and the formation of Magma. From there on the structure fragments. Split into six sections, this is not a chronological telling of the band’s story. Rather, it flits between eras. In some cases this compares and contrasts, such as jump cuts between different line-ups performing the mantric climax of Mëkanïk Dëstruktïw Kömmandöh. Generally, the non-linear narrative will be confusing to all but existing Magma disciples.

This isn’t the definitive story encompassing the myriad facets of its fascinating subject – but neither does it try to be. It’s subtitled “The Music Of Magma”, after all, and not “The Story Of Magma”. Viewed without a linear expectation it will, oddly, provide a more coherent and cohesive experience. A constant and recurring theme, like his musical ones, is Vander’s raison d’être – to remain a child forever, to create music that perpetuates the sense of wonder that we lose on entering adulthood. There is a poetry and intensity of purpose behind his every word: “You can make walls tremble with the vibration of music,” he observes.

Beautiful images accompany the music thanks to the team of cinematographers who created vignettes rooted in terrestrial allure but reaching out to space. It’s all the more frustrating, then, that we get no discussion of the mythology or language of Planet Kobaïa, or even of the Zeuhl genre.

The documentary’s style matches its subject; Magma’s music can be infuriatingly elusive to the novice. There are few signposts to guide the unwary traveller, instead it’s a step into the unknown, either to be filled with childlike awe or be incinerated in its inexorable pyroclastic flow. In the end, it’s both at once, as Vander says.

To Life, Death And Beyond… is aimed at the converted. Sadly, its determination not to hand-hold the viewer won’t answer the questions of the merely curious.