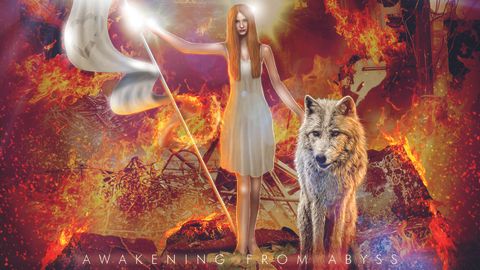 Forged from the ashes of various disbanded metal bands, Lovebites are a five-piece hailing from Japan who have been together since late 2016. Their newest release contains four tracks from their debut EP, plus eight more. At its most exuberant, Awakening From SOFTWAREmark” gingersoftwareuiphraseguid=“b59f86c4-757b-4b12-b7f8-720f73245333” id=“881ea9bc-9cf0-4784-aff6-ef4e8545c082”>Abyss boasts the sort of blistering twin guitar salvos and soaring vocals found in Perfect Man-era Rage or Iron Maiden, and would satisfy any fan’s lust for blazing neo-classical technicality. Unfortunately, there are moments where songs blend and become exhaustingly dramatic, such as on Edge Of The World. Lead single Shadowmaker is a six-minute assault of windmill-inducing ferocity meshing unencumbered shred and relentless bass rumbles, while Liar has a similarly strong pull with weighty grooves, catchy hooks and anthemic choruses. It may be early days for these power metal heroines, but they’re far from one-trick ponies.