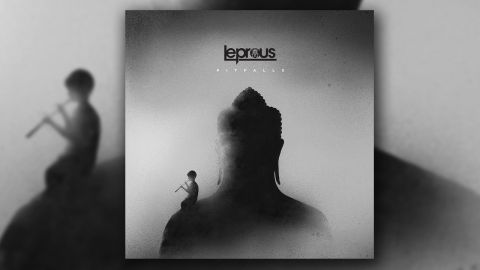 When Leprous launched the publicity campaign for sixth album Pitfalls, band leader Einar Solberg wasn’t shy about what was coming. “It’s the album no one is expecting from Leprous,” he said. “When you think you know where it’s headed, you’ll realise you’re wrong.”

The good news is they haven’t made a polka album, or tried their hands at catstep (it’s a genre, honest, go look it up), and the other good news is they’re treading a path that’s borne fruit for others: from Opeth to Ulver, Katatonia and Anathema, the fan of modern progressive music is able to enjoy a growing army of acts whose focus has shifted over the years towards something less rigid. They’re bands who’ve drifted away from their metallic roots, taking a chance on more interesting sonics. They’re bands who’ve picked up ideas and sounds from Radiohead, and Massive Attack, and Depeche Mode, and Hans Zimmer. And they’re bands for whom the spirit of adventure is very much alive.

With Pitfalls, the difference is that Leprous have adventured further than almost anyone. It’s an album that often doesn’t feel like a rock album at all. An album where guitar frequently takes a back seat to ambience and atmosphere. An album that starts slowly, and gently, almost imperceptibly, and gathers momentum and volume. An album where Solberg’s extraordinary voice is very much front-and-centre. It’s an operatic tour-de-force, full of tension and ferment, sitting at the centre of a very complicated vocal Venn diagram, sharing space with fellow dramatists Matt Bellamy, Antony Hegarty, Justin Hawkins and James Blake. It’s not for everyone. When this writer played the album to some colleagues, it seemed as if his voice wasn’t for anyone.

It’s a well-worn cliché, but Pitfalls is an album that genuinely rewards patience. It
feels almost shapeless on first listen, a loose collection of wobbling trip-hop rhythms and Hollywood strings, a sensory cousin to Ulver’s The Assassination Of Julius Caesar but without either the immediacy or the songwriting chops. But persevere and the album slowly shifts into focus, revealing the taut, emotional theatre at its heart. Opener Below gets the ball rolling with creaking keyboard and muted dubstep rumble, with Solberg’s voice upfront and vulnerable. ‘Every single fear I’m hiding, every little childhood memory, I bury’, he sings, signalling from the off that this isn’t going to be the most forgiving journey. And then, 80 seconds in, the song explodes. The voice soars, the strings sweep in, the drums thunder, and it sounds as if the album has reached a zenith, before violin quietly signals the finish.

“The album has been written through one of my toughest years, where I struggled with depression and anxiety,” said Solberg earlier this year. “They say that writing music is therapeutic, but I would say that it’s an understatement. For me Pitfalls is the result of 18 months of learning how to get through the dark tunnel. The music has been my torch.”

It sounds like it. Every lyric boils with self-examination, but the end result feels cathartic rather than self-pitying, even at its darkest. On I Lose Hope, which could almost be a Scissor Sisters song, Solberg sings, ‘At my peak, I don’t wake,’ juxtaposing grim sentiment over a rolling disco rhythm. Observe The Train, with its spooky ‘Breathe in, breathe out’ refrain, is fraught with tension, but is catapulted skywards by an extraordinarily uplifting chorus. By My Throne is the first song to be driven by guitar, with stuttering riffs that give way to a trance backbone. ‘Wrong direction, wrong direction,’ Solberg sings, in the manner of someone furiously berating themselves for something that almost certainly matters less than they think. It’s another track that pulls jubilance from the teeth of despair, switching from downcast to upbeat with triumphant shifts of gear. The trick is repeated on Alleviate, which features the peculiar, icy rhythms of Visions Of China-era Japan, and a vocal that shifts from aching to exultant. At The Bottom starts slowly, padded electronic beats giving way to something that feels like one of Matt Bellamy’s mini rock operas, with juddering, thundering riffs. Distant Bells is in the same vein, while the closing pair of Foreigner and the 11-minute The Sky Is Red are propelled along by an almost violent energy, the pace quickening and the tubes glowing red.

Pitfalls packs such an emotional wallop you almost fear for the health of its instigator, but it also feels joyous. The arrangements are sublime, the performances infallible. It’s an album of craft, and ambition, and absolute fearlessness. It’s an album of anguish and deep, deep devastation, but it’s also an album of hope, redemption and light. It’s an album that changes and matures with every listen. And it’s an absolutely stunning achievement.