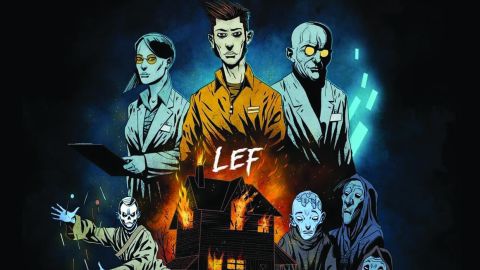 Prog is a genre that’s no stranger to bold, multimedia projects. Nevertheless, LEF’s Hypersomniac is an ambitious project. Singer and composer Lorenzo Esposito Fornasari, or LEF, has created a dark and cinematic prog concept epic to bring his and co-writer Pier Luigi Rocca’s dystopian story to life. There’s an enviable supporting cast of musicians, including Rebecca Sneddon of Free Nelson Mandoomjazz; Kenneth Kapstad of Motorpsycho; and Norwegian organist Ståle Storløkken from Supersilent, Motorpsycho and Reflections In Cosmos. Though the album is meant to be experienced as a whole, there are standout moments: for example Aran Has Changed, where vocal acrobatics and deliberate screeches create a dramatic, Great Gig In The Sky vibe, offset against muscular guitars. In general, the feel is very King Crimson ‘classic prog’, though other influences include modern jazz, hints of industrial and electronica. The melodrama might not be to everyone’s taste, and some of the vocal parts are on the more eccentric end of the spectrum, but fans of concept works will enjoy the album, videos and online graphic novel.