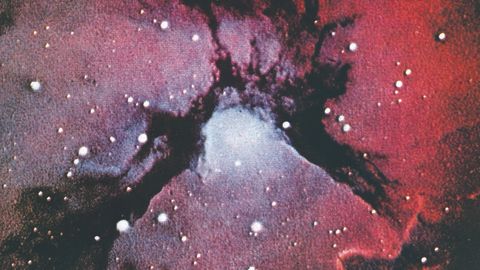 Few catalogues have undergone the rigorous remastering and re-examination that King Crimson have in recent years, and even fewer actually warrant such scrutiny of archeological expeditions into their vaults. This latest addition to their ongoing box set treasure trove shines a torch on an often overlooked early period, sandwiched between their genre-defining debut and the zenith of the Larks’ Tongues In Aspic and Red era, where curious incarnations of the Crimson King from 1970-72 are overdue some critical observation.

The timing of this box is notable. The 2011 Jakszyk Fripp Collins album A Scarcity Of Miracles provided the impetus and means for a new format King Crimson to launch in 2014. The return of Mel Collins presented opportunities to expand the sonic palette. Saxophone foghorn blasts and flighty flute escapades were once again part of the Crimson sound as they had been from the blaring opening of 21st Century Schizoid Man to 1972’s Earthbound and resurrected on Red in 1974.

The many-headed beast which tours today has revisited the material to which Collins contributed, sounding the depths to play tracks for the first time in over 40 years and premiering others which audiences have never witnessed live. In The Wake Of Poseidon, Lizard and Island/ appear here on CD, DVD and Blu-ray. These are the Steven Wilson and Robert Fripp mixes from the 2010 DVD-Audio releases although a wealth of bonus material across 27 discs might tempt the potential buyer to upgrade. As with previous box sets there are alternate albums comprised of newly uncovered outtakes and early versions alongside rehearsals, B-sides and needledrops of the original vinyl.

After the success of In The Court Of The Crimson King the good ship Crim had navigated into choppy waters. This trilogy found a band in flux, shedding members like jetsam, kept afloat under the stewardship of Captain Fripp. The revolving door scenarios are recounted in detail by band biographer and acolyte Sid Smith in the accompanying essay. The booklet also includes notes from producer and engineer David Singleton on the discovery of additional content on multitrack tapes. Current singer/guitarist Jakko Jakszyk spans the decades with a yarn about seeing King Crimson in 1971.

Sadly, no video content exists. For visual stimulus Panegyric have once again put out a handsomely presented box full of reproduction memorabilia - vinyl gatefold replicas, tickets, programmes and press cuttings - to pore over and evoke those bygone days.

Where Sailors’ Tales excels is in the plethora of complete live shows from ’71/’72 - six concerts from the Islands band and every existing soundboard recording from the 1972 US tour. The rhythm section of the sadly departed Ian Wallace and Boz Burrell took the more polite studio material and gave it primitive power and swing onstage. There are enough off-the-cuff blows and variance on display to keep the listener coming back to this set for years to come.

Many of these shows have been available before via the mail-order King Crimson Collector’s Club (KCCC) or as DGMLive downloads. If you’ve already got these then you might question the sagacity of forking out for them again but there is much more you’d be missing out on, not least their upgrade to hi-resolution audio.

One of the best KCCC releases was 2000’s Live at Summit Studios which, here, has been expanded and presented in stereo, 24⁄96 and quadraphonic varieties. The quality of this Denver radio broadcast is pristine. The same can’t be said for Earthbound which is notorious for its poor audio, but has nevertheless found its defenders over the years. It’s a raw, downright rude record and it too has been expanded and given the quad treatment. No amount of spit and polish is going to make it sound any better than it does here which is, of course, part of its face-melting charm. Earthbound Expanded is also available separately on CD/DVD.

The repetition of previously available material might make Sailors’ Tales a less essential purchase than previous sets for some but, in preparation, they’ve probably already made space on the shelves for this set months ago. This is an exhaustive (and potentially exhausting) inventory - none but the most seasoned Crimhead needs 30-plus versions of the avant-jazz B-side Groon. But it’s also a beautifully curated time capsule which echoes through the years of a behemoth undergoing growing pains and leaving in its wake some of the heaviest, most visceral prog up to that point.