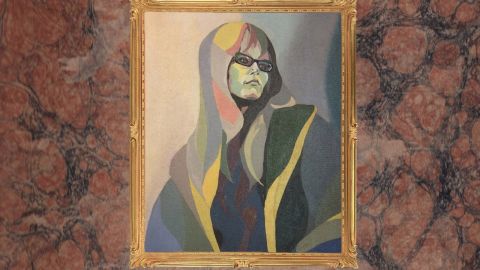 Through her stints in the formative line-ups of Fairport and King Crimson, the shy, reclusive, self-effacing Judy Dyble is part of the history of progressive music.

Thankfully, she’s been more active of late, and now we have this wonderfully intimate three-disc treasure trove. Dyble’s clearly been digging through the crates to find the touchstones of her past, and has unearthed some real curate’s eggs here. Disc one, The Early Years (1964-1982), has home recordings, demos and ‘cassingles’. Taped with her Folkmen in Christmas ’64, Spanish Is A Lovin’ Tongue, Come All Ye Fair and Improvisation (with then-boyfriend Richard Thompson) are woolly in quality, but the style pours through the speakers as if from a world long gone. Fairport’s upbeat demo of Joni Mitchell’s Both Sides Now and brilliant One Sure Thing are glossier, while the four tracks from The Brondesbury Tapes with Giles, Giles And Fripp really are a cut above – the singer in now-exalted company and elevating Make It Today, a Fripp-heavy Under The Sky. Among the unearthed demos, See Emily Play sees Dyble wrestle nobly with Adrian Wagner’s synth-centric 1982 rendition of the Floyd classic. And then, for 30 years, nothing. Dyble ditched music and came back in 2004, as charted on disc two, The Return 2004-2009. On comeback album Enchanted Garden, then Spindle and The Whorl (both ’06), the voice is burnished by age, the tone concentrated into a truly vintage sip on Going Home, I Talk To The Wind (yes that one). More notable curios here too: unreleased demo the gentle In The Moment and odd world/ambient collaboration with the Joxfield Project (Noh Kro Poh). Disc three, Onwards (2010-2014), brings us up to speed with tunes from Talking With Strangers and Flow And Change, and work with everyone from Tim Bowness to Sleepyard. Judy’s own typically warm, informative and self-effacing sleevenotes only add to this package’s must-have quality.