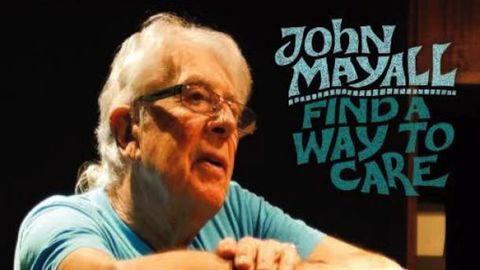 It’s never too late for a renaissance. John Mayall is now into his 80s, and the five-year gap before last year’s A Special Life had looked ominous – although he’d never stopped touring – but the sprightly album put paid to that and Find A Way To Care builds on the rejuvenated spirit.

Mayall has ventured beyond the usual suspects when looking for covers; Don Robey’s Mother In Law Blues, Lightning Hopkins’ Feel So Bad and Lee Baker’s I Want All My Money Back all offer fresh opportunities. Mayall is keeping his ear to the ground too; Matt Schofield’s War We Wage gets a simpler rearrangement but the message is never lost.

His band of seven years make their presence felt. Bassist Greg Rzab transforms The River’s Invitation with a fretless groove and guitarist Rocky Athas is developing a light but colourful style. Mayall’s own songs are self-reflective, particularly Ain’t No Guarantees and the title track. And while his voice increasingly betrays his age his Hammond and piano playing has lost none of its vigour.