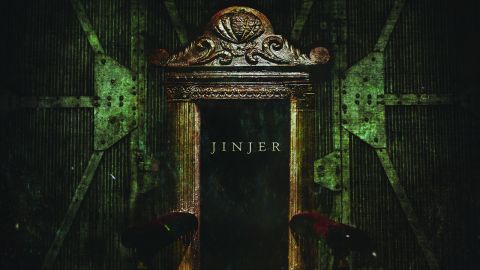 After uploading their video for rabid single Sit Stay Roll Over, one week and 100,000 YouTube views later Jinjer were snapped up by Napalm Records.

Everything is heading in the right direction for this Ukrainian metalcore crew, and rightly so. Their third album is an accomplished collection of brutality, intelligence and technical proficiency, splicing ferocious Lamb Of God-style grooves with math-metal and djent twists.

At the heart of it all are frontwomen Tatiana Shmailyuk and guitarist Roman Ibramkhalilov, whose vocal and riff gymnastics are embroiled in a violent game of cat and mouse. Tatiana is a ridiculously talented vocalist and her bludgeoning growls are as equally impressive as her rich clean vocals that carry the urgent choruses of Words Of Wisdom and Just Another towards strapping apexes. The centrepiece of the album, though, is the vast expanse of I Speak Astronomy, which is akin to traversing an inhospitable and polyrhythmic universe of gritty, vivid worlds. King Of Everything is an unrelenting album that keeps you guessing. Oh, and it rocks pretty hard too.