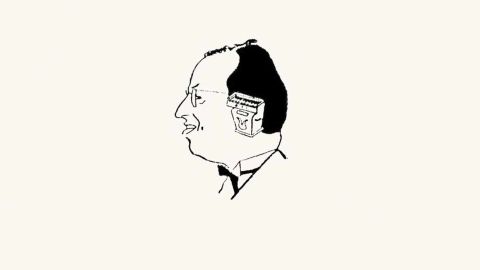 As Simon Reynolds observes in his excellent sleeve notes, history likes to portray the early pioneers of electronic music as serious, high-minded figures. Composers such as Karlheinz Stockhausen and Pierre Schaeffer were unapologetically experimental in their approach, intent on challenging people’s conception of what music is. But that’s only half the story.

There were others who were thrilled by the idea of integrating electronic sounds with more traditional songs and instrumentation, creating the type of futuristic hybrids that prog would later build on. Foremost in this latter category of musicians is Jean- Jacques Perrey, a visionary and virtuoso, but certainly not an academic. Perrey isn’t exactly unsung – he went on to produce a series of exotic Moog albums that epitomised the trend for ‘space age bachelor pad music’ a few years ago – but it’s his early mastery of the Ondioline, a forerunner of the modern synth, that is less well known A vacuum tube-based keyboard with a variety of filters, the Ondioline was invented in 1939 to mimic the sounds of an orchestra, but in Perrey’s hands it became something far stranger.

Compiled here on album for the first time, the range of noises that he coaxes from the keys is fascinating. At one extreme, there’s the sonic humour of Chicken On The Rocks’ yodelling mechanical bird, and on Barnyard In Orbit, an entire chorus of farm animals. At the other, there’s the delicate tonalities of La Vache Et Le Prisonnier and the pensive, fluting Dandelion Wine. But it’s those songs where Perrey’s playing subtly enhances the composition that are the most compelling: Cigale is swinging lift music for Le Corbusier’s modernist tower blocks, while the Telstarindebted Pioneers Of The Stars resembles a psychedelic Morricone theme. Jean-Jacques Perrey believed the future should be fun, but he made it beautiful as well.