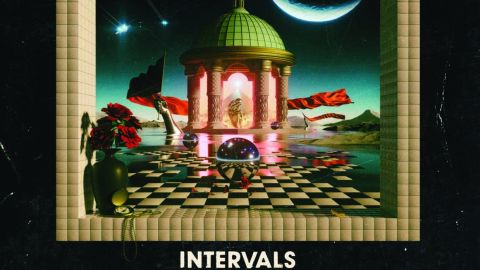 Canadian guitar virtuoso Aaron Marshall, better known by his project name Intervals, has been travelling along a parallel path to his djent brothers-in-amps for some time now. Employing many of the same techniques as technical progressive metal but in a major-key, upbeat framework has been Intervals’ calling card, and on their last album, The Shape Of Colour, Marshall nigh on perfected the sound he was trying to achieve. Throughout The Way Forward, the influence of Steve Vai and other guitar heroes is written large across effervescent, legato runs on tracks like Impulsively Responsible, but it’s the other influences that are often more interesting, from video game soundtracks to jazz. There’s a trace of the dearly missed Brits The Safety Fire on Rubicon Artist, in particular on the bouncy, angular middle section, while The Waterfront has more of a Periphery vibe. Marshall has always stayed on the healthy side of taking himself too seriously, and it has once again paid off. A fair criticism is that The Way Forward doesn’t reinvent the wheel compared to The Shape…, but it’s perhaps even more fun, and with a run time of half an hour, it represents a purer distillation of his aim.