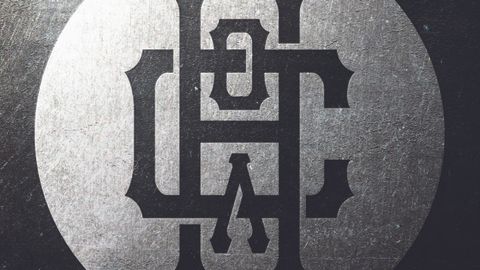 It’s been a couple of years since Heart Of A Coward made the metal world take notice as their rightly lauded second album Severance saw them bludgeon their way through, and stand above, the dross that littered the post-djent landscape.

Their new album not only helps the Milton Keynes quintet cement this standing, but raise it that bit higher still. Much like Severance before it, the bulk of what’s on offer here is built around that familiar pummelling backbone of precision staccato riffing, fleshed out with hardcore grooves and metalcore flavours.

Tracks such as Anti-Life and Deliverance are as heavy as hell, yet a step up in songwriting also finds an increased melodic thread running throughout all of the pounding brutality on offer. Indeed, with tracks such as atmospheric closer Skeletal II – Arise in the mix, overall this is unquestionably Heart Of A Coward’s most melodic work to date. More musically assured, and performed by a band who have been honing their chops on the road, Deliverance is another step up for a band on the rise.