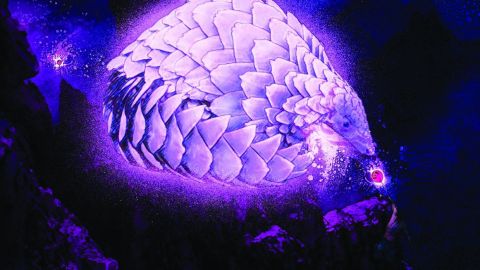 Best known for his work in Swedish proggers Beardfish, and latterly his involvement with Big Big Train, Rikard Sjöblom has also had a prolific solo output. Starting with 2006’s Cyklonmannen, under his own name and the Gungfly moniker he’s released a total of five albums, with the first four collected in this box set. In addition to the four albums reissued as part of this collection, there’s also an unreleased LP included, Att För Barn Som Tror På Sagor Läsa Högt När Kvällen Kommer, and sleeve notes by Sjöblom. The only record not present is Gungfly’s 2017 release On Her Journey To The Sun.

Whether it’s Gungfly or the material originally under his own name, there’s markedly more of a pop sensibility on display than was present in his work with Beardfish. For example, Brackan, the opener from Att För…, which is half Jack Johnson slacker surf-pop and half bombastic Queen-like rock; Knappmannen, which is most reminiscent of 80s pop-soul, or Jag Kan Se Runt Horn which is pretty much a straight-up funk tune. Thus, though there’s definitely prog elements in many of these tracks, prog is by no means the rule. In fact, the tone across the albums leans much more heavily towards jazz fusion with hints of funk and soul, although there also nods to krautrock and kosmiche, such as on The Anti Sexual Committee from Cyklonnmannen. Given the crossover between jazz and the original pioneers in the krautrock genre, perhaps that should not surprise. To generalise, however, does these albums something of a disservice, as this is a wide-ranging and diverse collection of tracks, and while there’s nothing completely out-of-the-blue here, there’s a lot of ground covered.

With the addition of Att För Barn Som Tror På Sagor Läsa Högt När Kvällen Kommer there’s enough for fans of Rikard or Gungfly to explore, but perhaps less so for those that already own the four LPs. For those that only know him from Beardfish, this timely reissue is basically Christmas come early - it’ll certainly keep you entertained until then.