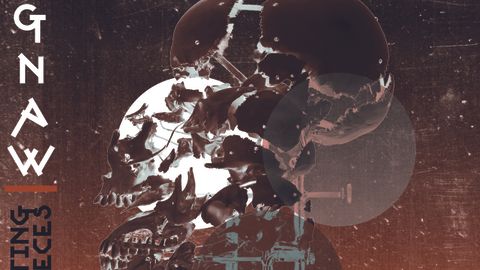 Featuring current and ex-members of OLD, Khanate, Insect Ark, Enos Slaughter and Angels Of Light, Gnaw’s third album is as harrowingly noisy and spliced’n’ diced as one might expect from its personnel. What comes barrelling from the speakers is equal parts grating, industrialised doom metal and random noise (think feedback force-fed into shortcircuiting effects processors) that slinks around the scene like the eyeless ghouls of Japanese horror cinema. Cutting Pieces’ central focus, however, is Alan Dubin’s chameleonic voice, which appears to be recounting the final act of a schizophrenic playwright’s creepiest work. Much of the time, his shape-shifting throat toils like a collection of voice actors, but the unfortunate fact is that while Alan moves this album towards Grand Guignol Theater territory, musically, its tracks suffer from too much randomness, which detracts from the intent to unnerve.