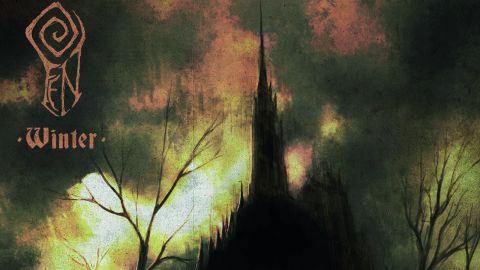 Fen’s evolution over the last 10 years has been wonderful to behold; from their initial forays into atmospheric black metal with debut The Malediction Fields in 2009 to 2014’s stunning Carrion Skies, the British band have been steadily building their sound and making their voice heard. Emotion is key here and in Winter there is plenty of darkness and redemption to found. Opener I (Pathway) leads the way and in The Watcher, Fen have a vocalist who pulls you into the narrative with stately, solemn grace. His voice is gripped with emotion at each turn and in II (Penance) the colder tones are married with lighter melodies to bond the themes of desolation and hope ever closer to the heart. III (Fear) echoes with glistening guitars before turning on its head and becoming something much more terrifying while moving towards the stark, pitch black of V (Death). Winter is a record that vibrates with bleakness yet the story is not one of complete misery and in VI (Sight) beauty and hope are created by closing the journey on melancholic resonance that takes flight on passionate words and shimmering soul.