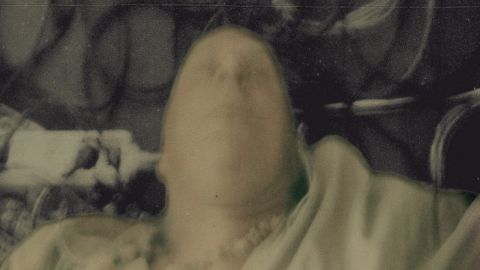 Faust is more than a band. Faust is an infection, an idea virus that spreads among the musicians of Faust and the listeners; a sickness that has persisted unchecked in the world for more than 40 years.

Faust has survived its creator, Uwe Nettelbeck, the journalist and avant-garde scene-maker who, in the early 70s, tasked with ‘creating’ an underground band, assembled Faust from two component groups: Nukleus and Campylognatus Citelli.

Viruses mutate. There are now two Fausts. There’s the Faust fronted by Hans-Joachim ‘Jochen’ Irmler who released Faust Is Last in 2010. There’s also the Faust – this Faust – centred on bassist Jean-Hervé Péron and drummer Werner ‘Zappi’ Diermaier. You may have seen them on the BBC’s excellent krautrock documentary, jamming with a cement mixer. They are joined by James Johnston (ex-Gallon Drunk and Bad Seeds) and painter, writer, musician, photographer and filmmaker Geraldine Swayne.

Regardless of the personnel involved, the Faust disease continues to rage like an uncontrollable fever. Industrial noise, seemingly random samples, disjointed noises, snatches of poetry and passages of deceptively conventional rock music all pop in and out of the collage of sound. John Peel, an early champion, described them as being like a picture that was smashed up – a picture that may have been pretty strange to begin with – and reassembled in a random order. That still pretty much holds true for the Fausts of the 21st century.

Opening with the Chrome-like drone of Tell The Bitch To Go Home, things quickly fall apart into a series of noise bursts, burps, machine sounds, snatches of poetry. Twenty minutes in, the still unconventional, Nico-like dirge Lost The Signal sounds as instant as a JLS song emerging from radio static.

While one faction of the post-68 German underground has influenced the explosion of electronic music in Europe and the US – Can, Kraftwerk and Neu! pretty much spawned everyone from the most primitive house and techno music to new-school psychedelic jammers like Cave and Animal Collective – Faust(s) infect the real nut-jobs, the people who compose symphonies for chainsaws, who sample the noise of high-rise buildings being demolished, and who explore the percussive possibilities of live ammunition.

Both Fausts are still sick. Thankfully there seems to be no cure.