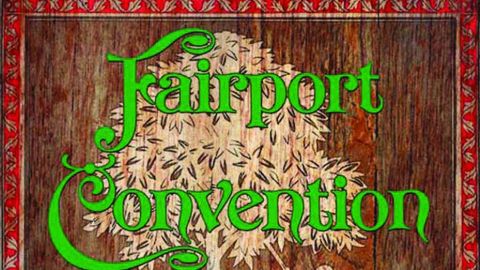 In the season in which they marked their half-century with an epic reunion at Cropredy, 10 years out of 50 may sound like a mere teaspoon of the ocean-deep Fairport legacy. But the decision to reappraise the initial decade of these draughtsmen and women of progressive folk is unassailable when you’re armed with the keys to the archives.

In a bijou box with a fold‑out poster and an illustrated companion booklet, here are a towering 121 tracks from the group’s initial adventures, 56 previously unavailable – a trove drawn from demos, outtakes and live TV, radio and concert appearances. Weaved among album material, with over nearly nine hours of listening, they form a picture of Fairport’s early ripening with perhaps unprecedented perspective.

Drawing on a vast catalogue, the anthology could have been scattershot, but not in the hands of Andrew Batt, who curated the stage show The Lady: A Homage To Sandy Denny. Fellow Fairport sage Patrick Humphries’ essay describes the group’s passage from underground imitators of folk, rock’n’roll and the nascent album rock genre to British folk rock founders. We begin with the now unfamiliar sound of their eponymous Polydor debut of 1968, the only album featuring original vocalist Judy Dyble. As the box opens out with old favourites and new treasures, the contributions of Denny and Richard Thompson are especially to the fore: Denny’s solo vocal version of Eastern Rain, for example, or five unheard workouts from the Pop Deux show of late 1970.

But one must never underestimate the stalwart presence that stuck these changing line-ups together, provided by musicians such as Messrs Hutchings, Nicol, Pegg and Swarbrick. Similarly enjoyable are appearances by the likes of Trevor Lucas and Canadian David Rea, whose Maverick Child and Country Judy Jane are mixed for their first release. The newly heard alternative demo of After Halloween, known from 1975’s Rising For The Moon, captures the delicacy of the composition and Denny’s precious vocals. Devotees will devour five performances from that year’s BBC The Man They Couldn’t Hang documentary, fuelled by 1971’s ‘folk rock opera’, “Babbacombe” Lee. CD6 comprises a stirring, newly unleashed time capsule from the Fairfield Halls, Croydon stage of 1973, and we end with a complete 1974 show at the Troubadour in Los Angeles.

Across scores of tracks, the amble closer to the band’s modern-day sound is fascinating to behold. Who knows where the time goes indeed, but it’s nice to leaf through a familiar book with some chapters we haven’t read before.