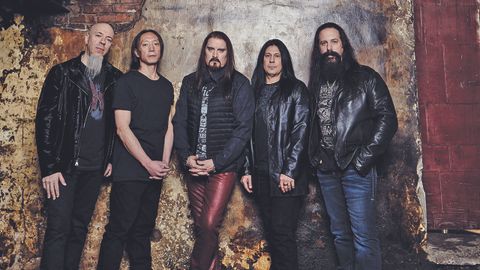 Whether you already love or hate these US/Canadian prog metal messiahs, The Astonishing will only amplify that opinion.

Since drummer Mike Portnoy’s shocking exit in 2010 consecutive Grammy nominations have brought the band new respect, despite some hardcore fans accusing DT of coasting across two Portnoy-less releases. Enhanced by a choir and an orchestra, The Astonishing is the statement they needed to make to reclaim those doubters: stupefyingly complex, cinematic and ambitious almost to the point of lunacy.

Spread over two hours, its 34 chapters document a rivalry between warring factions The Great Northern Empire and The Ravenskill Militia, James LaBrie summoning multiple voices for the main characters, including its hero The Chosen One. Imagine Lord Of The Rings meets Star Wars with paradiddles, Flying Vs and a drum riser the size of the average Channel Island.

The sheer grandness of scope intimidates, but the album includes many classic-sounding Dream Theater songs, including The Gift Of Music, Act Of Fayth and A Life Left Behind. You won’t appreciate The Astonishing’s depth, value or melodic content during a single sitting, but rest assured – it’s a grower.