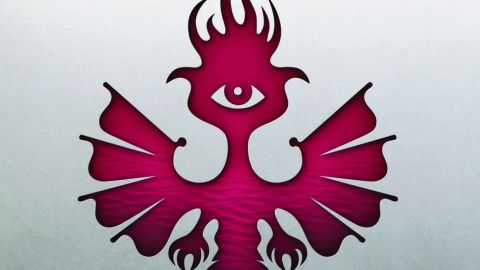 Discipline frontman Matthew Parmenter says his band’s new album Captives Of The Wine Dark Sea is an “escape to ameliorate the workaday world”.

Wordy stuff, but by the time nine-minute-plus opener The Body Yearns caps off its triumphant conclusion, you wouldn’t argue against the vocalist and keyboardist’s proclamation. The record, Discipline’s fifth since the Detroit dynamos formed in 1987, is another tour de force collection of tunes that cap-doffs to vintage Van der Graaf Generator-flavoured wizardry while keeping one foot ahead, looking forward and feeling fresh. Lead track Life Imitates Art is a snaking, pulsating, prog rock romp, while Love Songs is an enchanting, folked-up, acoustic-led ditty. S, meanwhile, feels like a subconscious nod to King Crimson’s Larks’ Tongues In Aspic, Part II, with disjointed, tension-building, pointed jabs peppered throughout. The record ends in style with Burn The Fire Upon The Rocks, a near 15-minute voyage through Neal Morse-esque melody with snapshot chapters of prog, bluesy rock and soulful symphony. Discipline aren’t reinventing the wheel, but the engine behind it all – emotive, ardent music – certainly isn’t going to go out of fashion any time soon.