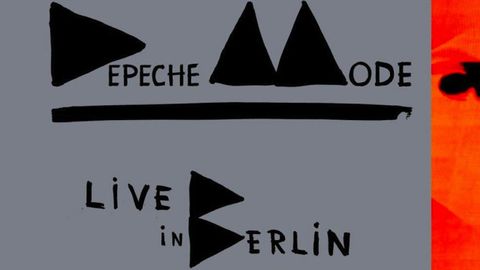 One of the joys of Depeche Mode’s monumental live productions nowadays is seeing Dave Gahan slowly morph from Mick Jagger to Freddie Mercury to Rigsby from Rising Damp.

Directed by the blockbusting Essex electro-rock trio’s long-time visuals guru Anton Corbijn, Live In Berlin was shot over two nights in November 2013 during the Delta Machine album tour, which grossed around £100 million over 107 dates. The most bluesy album of the band’s career translates into an unusually rocky and guitar-grinding live set, crackling with kinetic stage chemistry between a grinning, skirt-wearing Martin Gore and a hip-twirling, microphone-shagging, sweat-slicked, torso-baring Gahan.

Die-hard DM disciples will lap it up, but casual fans may find the blues-heavy opening a little sluggish until glam-stomp anthems such as Black Celebration and Enjoy The Silence arrive. Corbijn’s autopilot direction and banal interview clips with both band and fans are also disappointingly conventional. A solid effort, but low on inspiration or revelation./o:p