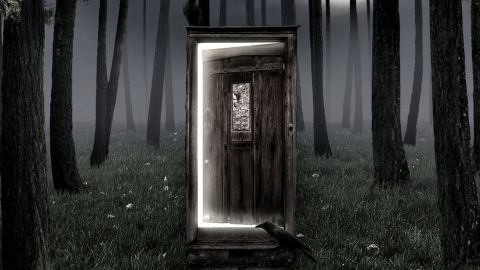 David Cross has been particularly busy of late, making collaborative albums with the Stick Men, Robert Fripp, Sean Quinn, and now the first studio album by his six-piece band since Closer Than Skin in 2005. They are a graceful, powerful unit. Starfall shows off their signature style with its tricky, knuckle-busting riffs, with beats dropped hither and thither, before they all pull together to back Jinian Wilde’s warm, soaring vocal melodies. Cross’s violin solo is so flamboyant and intense, one can imagine him sprouting horns.

Some of these instrumental passages are particularly inventive, as on Crowdsurfing, where the group build up momentum but then start dropping in and out, leaving spaces in the music for little details like pizzicato violin. Cross’ violin playing is inspired throughout, and guitarist Paul Clark’s soloing spirals off into John Etheridge-style high speed licks, but as a rhythm player he errs towards a rather colourless metallic chug, and so it’s a breath of fresh air when he plays acoustic guitar on the lengthy, hymnal The Pool. Mick Paul’s dextrous six-string bass comes to the fore on Raintwist, with ominous keyboard drones, metal chords and passages where the band head off en masse down a musical scree-run.