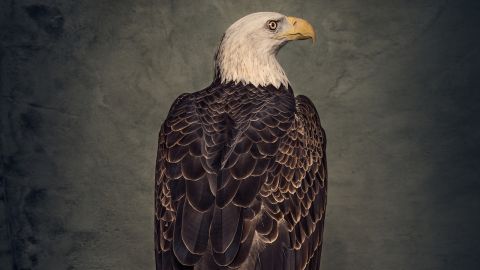 There are few irrefutable facts in this world, but here’s one: Clutch don’t make bad albums. They set the bar high when they first crawled out of the backwoods of Maryland at the beginning of the 1990s. Twelve albums of mutant stoner-blues later, they’re still clearing it every time.

Clutch hit on the killer formula a long time ago and have been tweaking the doesage ever since: one part fuzzy boogie rock, one part gnarly hardcore, one part tight-arsed funk, one part street-corner mysticism. That’s not to say they repeat themselves. This time around they’ve majored on rocket-fuelled blues with a side order of the Washington DC funk they grew up listening to. As if to prove it, singer Neil Fallon bellows ‘Def-con, tractor beams, weaponised funk!’ on the dizzy, sci-fi fever dream that is In Walks Barbarella, amid the sort of jabbing horns that Parliament would have deployed 40 years ago.

Fallon is Clutch’s magnetic centre. He’s got the mind of a beat poet and the mouth of a carnival barker. ‘Gimme the keys and get the hell out of Dodge,’ he bellows on opening track Gimme The Keys, an explosion of fuzz and wordplay that floors the pedal and watches the cloud of dust recede in the rear-view mirror. A few songs later he’s threatening (promising?) to run for President. ‘I’m gonna kiss all the babies, maybe kiss the mommas too,’ he intones drily on How To Shake Hands, adding that he’ll ‘put Jimi Hendrix on the twenty-dollar bill and Bill Hicks on the five note’.

But Clutch are more than just one man and his brain. Fallon’s flights of lyrical fancy are given wings by the tightest band this side of the J.B.s. Guitarist Tim Sult, bassist Dan Maines and drummer Jean-Paul Gaster can flip between the grungey boogaloo of Spirit Of ’76, with its references to Mohicans and peanut farmers, to the unexpected pyschedelic coda of Emily Dickinson (the finest song about a tragic 18th-century American poet you’ll hear this year) without breaking sweat.

If any other band had made an album this great, the world of rock’n’roll would have tilted on its axis. But it’s Clutch we’re talking about, and this is what they do. Long may they continue.