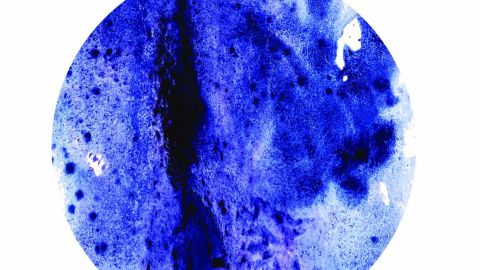 With 2015’s More Stately Mansions, electronic singer-songwriter Charlie Barnes went full band in an attempt to realise the towering ambition left to him by his principal influences, bands like Radiohead and Oceansize. However, stepping away from the oddball electronic prog pop of his debut full-length Geekk was also deeply reflective of his life at that time: living in Leeds, working as a roadie for prog heroes Amplifier, playing shows with his live band and musing on the weight of balancing life, work and creative effort.

Oceanography in a sense is the same, in that it’s a product of his circumstances. Around the time that More Stately Mansions was released, Charlie became the touring guitarist for pop megastars Bastille. As a result, his personal and creative life have been upended, and this album was put together largely on the road, in hotel rooms, between playing stadiums and arenas all over the world. Oceanography is thus the sound partially of him returning to his stripped-back song-orientated roots, but also of him using the instrumental language he and his band developed on More Stately Mansions.

Even with the songs to the fore, there are still guitars, bass, drums and grandiose arrangements: Legacy and extensive album highlight One Word Answers are the closest he’s yet come to squaring up to his prog idols. All I Have, on the other hand, is uncomplicated guitar pop, albeit with smarter than usual lyrics. Oceanography – ironically for the title track of this album – is probably the closest in tone and style to the singles from More Stately Mansions, and boasts one of the most effortlessly rousing refrains on the record.

The album works best when it’s in the sweet spot between his more left field influences, straight-up guitar pop, and the bombastic Muse-style melodrama that’s a constant thread both on this LP and his previous work. That said, even when the tendency in this trifecta skews towards being over the top, as on Ruins, it usually works brilliantly. It’s the more straightforward pop sections that crave just a little bit more weirdness, even if Charlie’s personality does consistently shine through.

Barnes has always been an interesting character to watch, and this latest chapter just reconfirms his dedication to his own creative vision. With the Bastille gig, many would pack in their own projects, but his determination has borne fruit, and Oceanography represents a logical progression from his earlier work. Despite how accomplished this album is, there are still abundant hints that this is still not him at the peak of his powers. Who knows where he’ll go next.