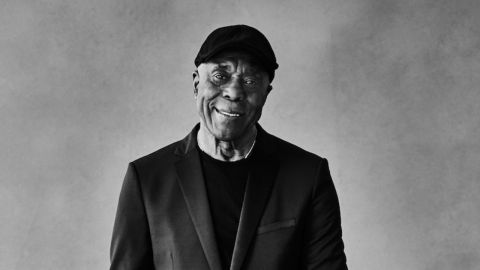 With the recent death of BB King, Buddy Guy is among the last of the old bluesmen standing. Born in 1936, he first learned how to pluck on a two-string diddly bow. Moving from Baton Rouge to Chicago he came under the spell of Muddy Waters, to whom he pays simple, heartfelt, acoustic tribute here on Come Back, Muddy.

He signed to Chess Records but felt his career was impeded by the label, who considered his own innovations “noise”, wouldn’t let him release material that gave full vent to his fretboard skills as demonstrated live and restricted his role to that of session man or purveyor of ballads and novelty dance tunes.

He then suffered the further, ironic fate of watching the stratospheric rise of white hairies such as Eric Clapton, who had been deeply influenced by his “noise”, as his own career went into decline. He was pragmatic about this; he decided to “rock out” at every subsequent opportunity, so that mass audiences understood and acknowledged the founding role of bluesmen in rock.

This album might be considered a further step in that direction, featuring as it does collaborations with, among others, Van Morrison and Billy Gibbons of ZZ Top. It kicks in with Guy alone, however, on the title track, in which his guitar, like a sibling or kindred spirit nods eloquent phrases of assent as its player states his life mission. You can see where Hendrix picked up some of his language from.

Gibbons features on Wear You Out, just about keeping pace with the septuagenarian as he gives his axe a right rodgering. Back Up Mama, a paean to a mistress on the other side of town is followed by Too Late (featuring Kim Wilson), in which he declares to his partner that he is ‘tired of all your deceiving’, showing once again that avoidance of sexist hypocrisy was never the strongest point of the blues. (Baby) You Got What It Takes, a duet with Joss Stone – the sort of celebrity thing that could come across as complacent and opportunist and make the listener feel like an intruder on a stars’ love-in. However, the sparks it sends up defy scepticism.

Flesh And Bone is a duet with Van Morrison and tribute to BB King, in which the pair rise together on a mellifluous tide of lachrymose singing and strumming. He may have weighed anchor stylistically decades back, but Guy has the right to sing the blues any way he feels how.