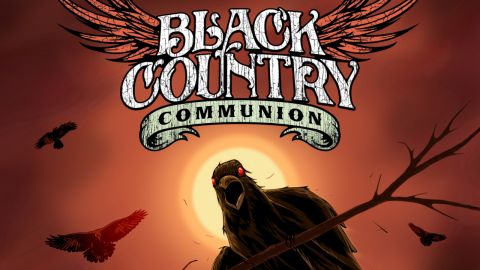 If, as seems to be the case, this proves to be the last album from the short-lived supergroup, then at lease they've gone out on a high.

Afterglow is easily the most cohesive and exciting album from the band. It has a spontaneity and dynamic that perhaps was a little lacking previously, which is probably a consequence of the recording process being rather rushed. Afterglow was supposed to be a Glenn Hughes solo album, but a last-minute change of plan saw it become the third Black Country Communion studio release, with Joe Bonamassa, Derek Sherinian and Jason Bonham all called into the fray. As a result, every song was written by Hughes alone, and this gives a pleasing flow to the album.

It all gets going in impressive style on the anthemic, pulsing Big Train, with Bonamassa delivering some neat and sharp guitar that complements Hughes’s powerful vocals. The quality rarely slackens as This Is Your Time and Midnight Sun have the sparkle of maturity allied to a real sense of drive. The fact that the album was effectively recorded live in the studio adds to the impact of the title track, which is a soaring ballad with strong Led Zeppelin influences. And the same is also true of The Circle, which builds from a low-key beginning into a full emotional flood of elegant virtuosity.

The band were apparently learning the songs on the spot and then going straight into the studio to record them. This means you never get the feeling of musicianship overpowering the depth of the compositions. This sometimes happened on the previous two albums, but here we get to appreciate that there’s a true rapport between the protagonists and the music. On Dandelion, for example, there are some gripping drum patterns from Bonham, while Sherinian glows on The Giver and Crawl, showing his ability to play keyboards in a way that enhances the songs.

Ultimately, what makes Afterglow such a triumph is the fusion of the Hughes voice and Bonamassa guitar. It’s always been said that Black Country Communion were created around their specific talents. Here you can understand how potent that combination can be. Of course, there are moments when the playing is a little sloppy, as you might expect from the way it was recorded, but that just adds to the overall flavour.

We might never get to see Black Country Communion again. However, this album fulfils all the early promise.