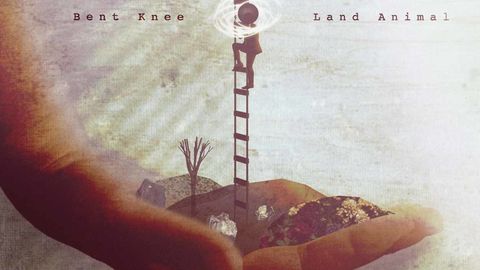 Bent Knee’s new record Land Animal is an impressive feat, however you choose to approach it. As an art rock record at the poppier end of the spectrum, it’s atmospheric and cinematic with hooks aplenty, mainly courtesy of their insanely powerful singer Courtney Swain. As a progressive or experimental release, Ben Levin’s angular, sparse guitar work is a breath of fresh air in terms of being technical without being showy or in your face, while the rhythm section of Jessica Kion on bass and Gavin Wallace-Ailsworth on drums are restrained enough to never get carried away with just how good they are.

Instant comparisons in terms of sound would be to other female-fronted progressive groups that flirt with both mathrock and pop, like UK upstarts Orchards or Signals. Although Bent Knee predate those groups, it’s interesting that this angular alt pop sound should be so recognisable from groups of different ages operating on both sides of the Atlantic. It seems like Radiohead or Yeah Yeah Yeahs, with the mercurial Nick Zinner on guitar, are probably touchstones in common between these groups.

There’s an understated technicality to the instrumentals, particularly on tracks like Hole where aside from the brief and showy nod to technical metal, there’s actually a lot of subtle intricacies in the drum work. The Well is another example, where lilting rhythms crash against angular, sparse percussion and guitars using more effects than you can shake a stick at. Time Deer meanwhile is a more straightforward cut that makes much of a Yeah Yeah Yeahs-style pop guitar hook.

The only criticism that can reasonably be levelled at Bent Knee is that, unlike the instrumental parts, there’s not a lot of subtlety to the vocals on this record. On most tracks there’s a need to have the most technical, high-register vocals at every juncture and it means there’s a lack of dynamic range as a result. In this sense it’s a very ‘music college’ type of sound where it’s as if there’s a competition between unseen peers over who is the best musician going on out of sight of the listener.

This results in some brilliant moments, though: the spine-tingling and vertiginous climax of opener Terror Bird, the soaring middle eight of Hole or the Thom Yorke-like wig-out at the end of These Hands. When this impulse is reined in, however, it delivers the highlight of the album in the sinister and apocalyptic Insides In, while album closer Boxes deserves an honourable mention for its more nuanced dynamics.

For all its excesses, a record like Land Animal doesn’t arrive very often, and Bent Knee are at least pushing to do something novel, performing at the peak of their powers to date.