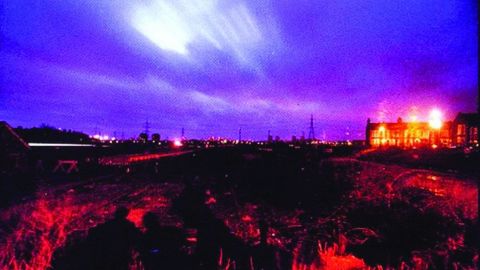 Bark Psychosis were one of the leading lights of the original 90s post-rock scene, a disparate collection of bands lumped together by virtue of sharing a dissatisfaction with the perceived limits of rock music. Released in 1994, Hex is routinely hailed as one of post-rock’s greatest albums. However, what’s clear from the perspective of 2017 is that, tonally and aesthetically, it’s also a landmark in the development of modern prog, pioneering a sound that’s artful but never elitist, experimental yet melodic.

Founder members Graham Sutton and John Ling were young and omnivorous music fans, taking on influences as diverse as Miles Davis, Swans, Can, John Martyn and, most tellingly, late-period Talk Talk. Just as significantly, older drummer Mark Simnett was a dedicated prog fan, with the likes of Pink Floyd, Camel and Mahavishnu Orchestra also discernible in the mix.

While many of their post-rock peers were flirting with electronica and sampling, Hex is defiantly organic, with Bark Psychosis adopting Talk Talk’s open-ended approach to both composition and arrangement to create a lush, atmospheric album suffused with small-hours melancholy.

Opening track The Loom builds a sombre melody from piano and cello before yielding to a meditative percussion breakdown, a willingness to drift being a defining characteristic of all the songs here. Absent Friend pivots on an ascending, ecstatic guitar motif that suggests the classic reverb and chorus-laden 4AD sound was another reference point. Big Shot highlights their willingness to cross-pollinate genres, fat dub bass underpinning stretches of jazzy, abstract psychedelia. Similarly eclectic, Eyes & Smiles stages a wonderfully lazy horn duel, while Pendulum Man’s clip-clop guitar flowers into an Eno-esque swell of heavenly ambience.

It’s not a perfect album – Sutton’s somnambulant vocals sometimes drain the energy from songs, which themselves can occasionally meander – but there’s no question that Hex is one of the most important releases of its time.