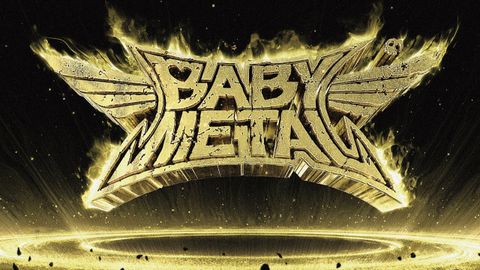 Are Babymetal manufactured corporate pop robots? Or the most refreshing and exciting thing to happen to heavy music this millennium? Yes and yes.

Japan’s ‘kawaii metal’ teen sensations divide opinion, but this second album proves that their crack musical team know exactly what they’re doing. Built on a massive scale, Metal Resistance is a supercharged monster of sound and fury, tearing through rock genres and ideas like Godzilla rampaging across Tokyo.

There are swerves and surprises here. The syrupy power ballad No Rain, No Rainbow keeps threatening to erupt into boiling pustules of molten thrash, but never does. And Tale Of The Destinies is a boldly experimental mash-up of jazz-metal, avant-punk gruntcore and boogie-woogie piano. Maximum respect. Hard rock purists, take note: Babymetal’s multi-dimensional universe contains way more than is dreamt of in your narrow philosophy.

Sometimes overwhelming, mostly exhilarating and occasionally jaw-dropping, Metal Resistance may well be the greatest album ever made. Ten out of ten? If I could I’d give it eleven…