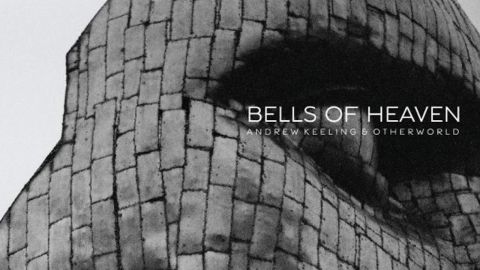 Given the recent release of The Wine Of Silence, his beauteous three-way collaboration with Robert Fripp and David Singleton, it’s fair to say that Andrew Keeling’s stock is pretty high right now. Bells Of Heaven serves as something of a contrast to the esteemed composer’s other current album, the more classically disposed Unquiet Earth, with its sole echo being the second suite of epic closer In The Pages Of Mathilda.

For the most part though, this record is more conventionally styled, though no less fascinating. The title track nods to Radiohead in its overt rockishness, but the dominant tone is that of bucolic folk.

Keeling gets busy on guitars, woodwinds, loops, percussion and found objects, which might suggest that Bells Of Heaven is some multi-tracked solo operation. But instead it’s very much an ensemble piece that finds him joined by a pack of contributors that includes Comsat Angels’ Stephen Fellows and Tim Bowness of No-Man. The latter is especially potent on the acoustic loveliness of The Great Divides, his understated vocals a perfect fit for its bittersweet feel.

Fellows takes the lead on the melancholic Avarice, offset by the airier voice of Jane Wilkinson, who features on the lion’s share of the album’s more pastoral moments.