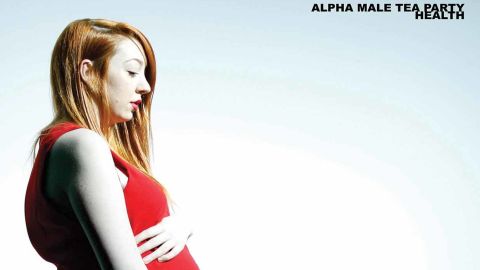 Alpha Male Tea Party reveal in their promotional material that they feel their third album Health is “probably the first time we’ve truly got what’s in our heads properly on to record”. If that’s correct, then you’ve really got to ponder just what the hell is going on in their three bonkers brains.

The 10 songs form a vibrant rainbow of vivacity that at one moment can be gushing with frenetic, off-kilter distorted frenzy, yet seconds later might dissipate into a dreamy soundscape or introspective musing. For an instrumental band, concocting this amount of feeling isn’t an easy job.

The album makes it seem like Alpha Male Tea Party are blossoming. With a new label in tow, who also work with the likes of Axes, Minus The Bear and Tricot, it’s almost a coming of age – but they thankfully still have the intrinsic quirks and quips. The opener is called Have You Ever Seen Milk, while other track names include Carpet Diem and I Still Live At Home – still relatively sane compared to previous offerings such as You Eat Houmous, Of Course You Listen To Genesis and Depressingly Shit Lunchtime Sandwich.

The aforementioned opening track is something of a microcosm of the album as a whole, with the six and a half minutes flitting between hazy, spacey broodings and marauding, maverick chops. Think And So I Watch You From Afar getting it on with dearly departed turboproggers Cleft and this is close to what you get. It’s uplifting stuff, with Museum Of Walking’s spider-fingered riffwork hitting all the right spots, and the stonking Nobody Had The Heart To Tell Him He Was On Fire a multicoloured joy.

Then there’s Don’t You Know Who I Think I Am?, which opens with rhythmic riffs dripping in sludge, while Some Soldiers is an intoxicating roller-coaster ride through wacky guitar effects, pulsing beats and a hip-shaking groove.

Say the word ‘prog’ to a lot of young listeners and their minds might conjure up wizard hats and soulless fretboard vainglory, but when you’ve got acts like these rowdy Liverpudlians flying the flag, there’s plenty of hope left yet. Curious alt and pop rockers should find enough gleaming hooks of accessibility in this album to hopefully invite them to explore our wonderful genre further.

Sometimes gateway drugs lead on to bad things, but if Health can help to create a future generation of bright-eyed proggers, then this addictive record might just be worth them taking the risk. And for those seasoned experimentalists out there, Alpha Male Tea Party have just made one of the year’s must-listen albums.