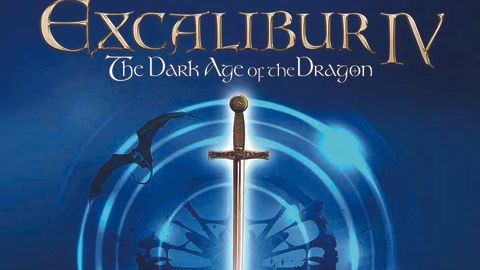 Alan Simon’s 1999 album Excalibur featured Fairport Convention, Roger Hodgson and other prog notables, and morphed into a live musical extravaganza of Trans-Siberian proportions. Its two spin-offs attracted Jon Anderson, John Wetton and Justin Hayward among others, and now that trilogy (all 60 tracks of it) has become a tetralogy. The French composer found fresh creative relish for his Arthurian theme, and the resultant Excalibur IV was played to rapt audiences on tour in Germany in 2016. Once again, there’s no denying the grandiose ambition and sheer scale. Prague’s Bohemian Symphony Orchestra and a wealth of soloists weave a West End quality sound that’s both live and epic in scope. The prog quota is still high too – Supertramp saxophonist John Helliwell and Tull’s Martin Barre are all over this, with Saga’s Michael Sadler, Sonja Kristina and Clannad’s Moya Brennan adding their inimitable brand of class. British audiences may be slightly more resistant to this than our European neighbours, but Simon’s vision is to be admired. Fans of Jeff Wayne, TSO, Ayreon and musical theatre/arena rock will find much enjoy throughout the Celtic twists and Floydian turns.