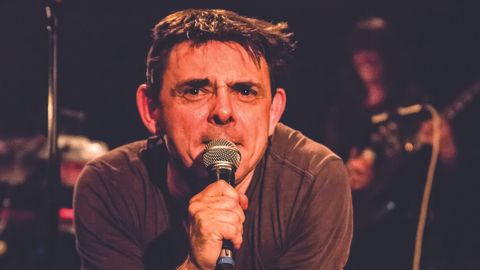 Down but not out, Alan Reed’s infamous ousting from Pallas was about as unsavoury as the former Kiss members arguing over the band’s legacy in the press. Regardless, both parties have now moved on, even if it did seem for a moment there that a completely disgruntled and disheartened Reed might give up music for good. Thankfully, that wasn’t to be, as Reed has flourished as a solo artist both on record and as a live performer. And as stirring as he is while wailing away from behind an acoustic guitar, it’s glorious to hear him in full voice with a backing band behind him. It’s also clear that no one’s having quite as much fun as Alan Reed and his band – well, apart from his audience, maybe. After last year’s very well‑received studio album Honey On The Razor’s Edge, it’s good to see Reed making the transformation back to band leader, and he’s at his full-throated best on this live set. Especially good here are Razor, For The Greater Glory, Kingdom Of The Blind and an uproarious take on Crown Of Thorns that’s welcomed home like a returning hero.