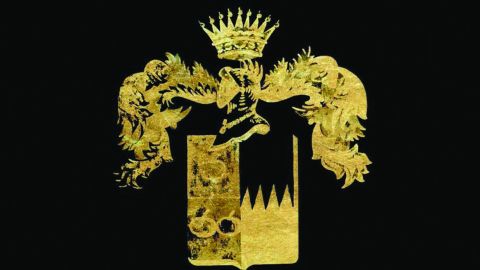 He was Return To Forever’s diffident firebrand, the fusion genius behind Elegant Gypsy, and he shared a stage with fellow guitar giants Paco de Lucía and John McLaughlin. But follow the trajectory of Al Di Meola’s four-decade solo career and you’ll see him emerge as a musical globalista with a love for Piazzolla’s nuevo tango and an appreciation of Latin-based styles. He says that Opus marks the first time he’s ever written while happy, but that hasn’t turned his brain to saccharine mush – this sparely produced, mainly acoustic album is no sugar-fest. The tango-inspired Escapado and gelid Frozen In Time are the most immediate tunes, but 10-minute suite Ava’s Dream Sequence Lullaby is capricious and requires concentration. A musical conversation with himself, Left Unsaid is a skilled expression of his new‑found contentment, while the jazzy, contrapuntal harmonies of Insieme are dazzlingly complicated. A few weak string and drum samples disrupt the flow, but pianist Kemuel Roig adds class to Rebels and Milonga Noctiva, and it’s a thrill to follow an explorer reaching new creative peaks, even if the air’s pretty thin up here for the rest of us.