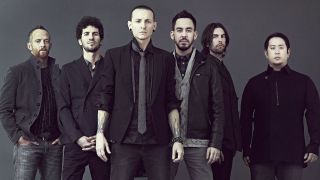 A woman in Orlando, Florida has used lyrics from a Linkin Park song to help stop a man taking his own life.

Cristina Settanni, a healthcare worker based in Orlando, was driving down a busy road on her way to work when she saw the man sat on the ledge of an overpass.

Speaking to Click Orlando, Settanni told the site that she initially drove past the man, but as she saw him in her rear-view mirror, decided to turn around, stop and talk to him.

"I didn’t really think about stopping, but I thought as I saw him in my rear-view, I probably should stop, especially since no one else did," she told the site. "I stopped because I’ve been where he is. So I know what it’s like.

"He needed somebody to show that somebody cared, and tell him he didn’t need to do that today."

Eventually, she turned to the poignant lyrics of Linkin Park's 2017 single One More Light to help comfort the man, reciting the lines 'Who cares if one more light goes out/Well, I do' to him.

"I didn’t know if [the lyrics] clicked with him," Settanni said, "but he just cried."

Eventually police were called to the scene, and an officer's bodycam footage shows Settanni sat on the ledge, calmly talking to the man. Scared he would jump, the officer eventually pulled the man from the ledge and to safety.

It later transpired that "bad decisions and family problems" had left the man feeling like suicide was his only available course of action.

Help and guidance is available for those struggling with mental health issues. Head to Samaritans (UK) or The National Suicide Prevention Lifeline (US) for more information.