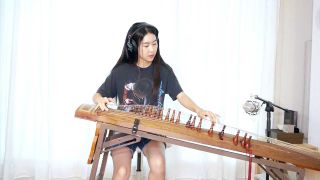 Korean musician Luna Lee has released a stunning version of the 1968 Jimi Hendrix classic Voodoo Chile (Slight Return). Lee plays the song on the Gayageum, a 12-string instrument developed in the 6th century on the orders of King Haji of Daegaya.

"I play contemporary music with a Korean traditional instrument called the gayageum," says Lee on her Patreon page. "The gayageum has a beautiful sound and amazing potential so I wanted to share my music with many people.

"I've been on YouTube creating music videos for the internet since 2009. I have covered various genres of music."

Lee has previously released covers of AC/DC's Back In Black, Queen's I Want To Break Free, and Led Zeppelin's Stairway to Heaven.