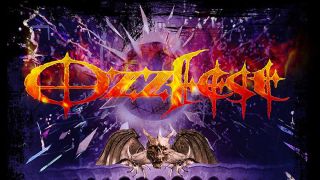 The famous Ozzfest is to be celebrated this coming weekend with a special broadcast on Ozzy’s Boneyard on SiriusXM.

With summer festivals all over the world called off due to the coronavirus pandemic, The Spirit Of Ozzfest Weekend will celebrate the artists who have played at the Ozzy Osbourne curated festival and will air this Friday (July 3) at 5pm ET.

The online event will be hosted by Jack Osbourne and Luc Carl, who will introduce live performances and stories from the festival – with music coming from artists including Ozzy, Black Sabbath, Iron Maiden, Megadeth, Metallica, Judas Priest, Slipknot and System Of A Down.

If you miss Friday’s stream, you’ll be able to tune in again on July 4, 5 and 6, with further details available on the official Spirit Of Ozzfest Weekend website.

Ozzy released his new studio album Ordinary Man earlier this year – and it was an instant hit, smashing its way into the charts on both sides of the Atlantic.

The vocalist’s first solo album since 2010’s Scream entered the Billboard 200 Chart at no.3 – the first time Ozzy has climbed that high since 2007’s Black Rain.

While in the UK, Ordinary Man debuted at no.3 – making it Ozzy’s highest-charting solo album ever. His previous best was his 1980 debut Blizzard Of Ozz which peaked at no.7.