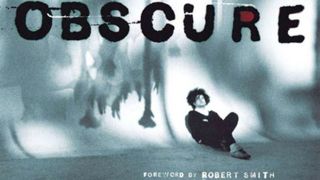 A book featuring rare and previously unseen photographs of The Cure is set for release next month.

Collated by the band’s official photographer Andy Vella, Obscure will be released on September 18 and includes a foreword by frontman Robert Smith.

Vella co-created the artwork for many of The Cure’s albums, including Faith, The Top, The Head On The Door, Disintegration and Wish, and has worked with the band since 1981.

The book features photographs spanning four decades and includes shots from this year’s gig at The Royal Albert Hall.

“I get something different from Robert because I’ve known him for so long”, Vella tells Classic Rock. “He plays to my lens in a completely different way to others. When I’m photographing other people, for example fashion shoots, it’s very much like I’m in charge, but when I photograph The Cure, they are. Quite often, the band don’t take me very seriously: Boris Williams [former drummer] used to throw stuff at me, while Roger O’Donnell would always say that my flash hadn’t gone off. As a result, I’m able to capture the band enjoying themselves in a way that isn’t usually seen.

“It really annoys me when I read about the band being such miserable bastards, because they’re really not, and I think I capture that. I want Cure fans to see them in the way that I do. You can go on the web and see loads of shots of Robert, but the problem with press shoots is that they always show the band in a certain way. This is different: it’s a little bit fly-on-the-wall.

“I think fans will end up loving the band more than they do already. When I was putting this all together, I was thinking ‘there’s so much stuff!’, but it feels like a really powerful collection. It’s not pretentious, and it’s not po-faced: from page to page, it’s more like a documentary. And that’s what I wanted.”

**Obscure is available now to pre-order from Foruli Codex. The Cure’s next album will be a mix of new material and songs left over from 2008’s 4:13 Dream. **